A few months ago Josué and I drove down to Mexicali for a night to see one of our favorite artists, Alex Ferreira, for his last show in his acoustic concert tour. Unrelated, Josué had been toying with the idea of starting a podcast for a while, but wasn’t sure what to make it about. He finally decided that a music podcast made the most sense for him, and a month later he started Radio Puente, a podcast where he shares music from the Latin Alternative genre.

He covered Alex in the first episode, and around that same time, Alex announced his new upcoming album, “En Lo Que Llega La Primavera,” and that he would release one track each week until the album release on March 11th. Josué thought it would be fun to cover each song on the podcast, and invited me to join him. I felt a little unworthy to be discussing music in-depth, but it ended up being a lot of fun, and Alex himself even listened to the episodes!

Fast forward a few months later, and this week we had the incredible opportunity to sit down with Alex for an interview. When Josué first started this podcast, he made a mental list of artists he would love to interview if ever given the opportunity, and Alex Ferreira was at the top of the list. You can listen to the interview on Spotify now.

Thank you Alex Ferreira for your time and your music, and thank you Radio Puente for sharing amazing artists in the Latin Alternative genre with us.

Well, so much for my goal to blog monthly. This counts though, right? It’s still February. But speaking of goals, I did actually meet one–and a pretty big one at that.

I adopted a dog!

I found Stella at the OC Humane Society earlier this month. She was super sweet and I knew she was mine. I couldn’t take her that day because I didn’t have my rental agreement that stated that I could have a pet, and they’ll only hold animals for you for an hour. Fortunately, because I was there close to closing time, the rule was they would hold her for me up to an hour after opening the next day. I was able to get my rental agreement that night, and left work for a few hours to go get her the next day. My sister had been visiting, and had planned on leaving that same day, but extended her stay by a day so that she could hang with Stella while I went back to work. 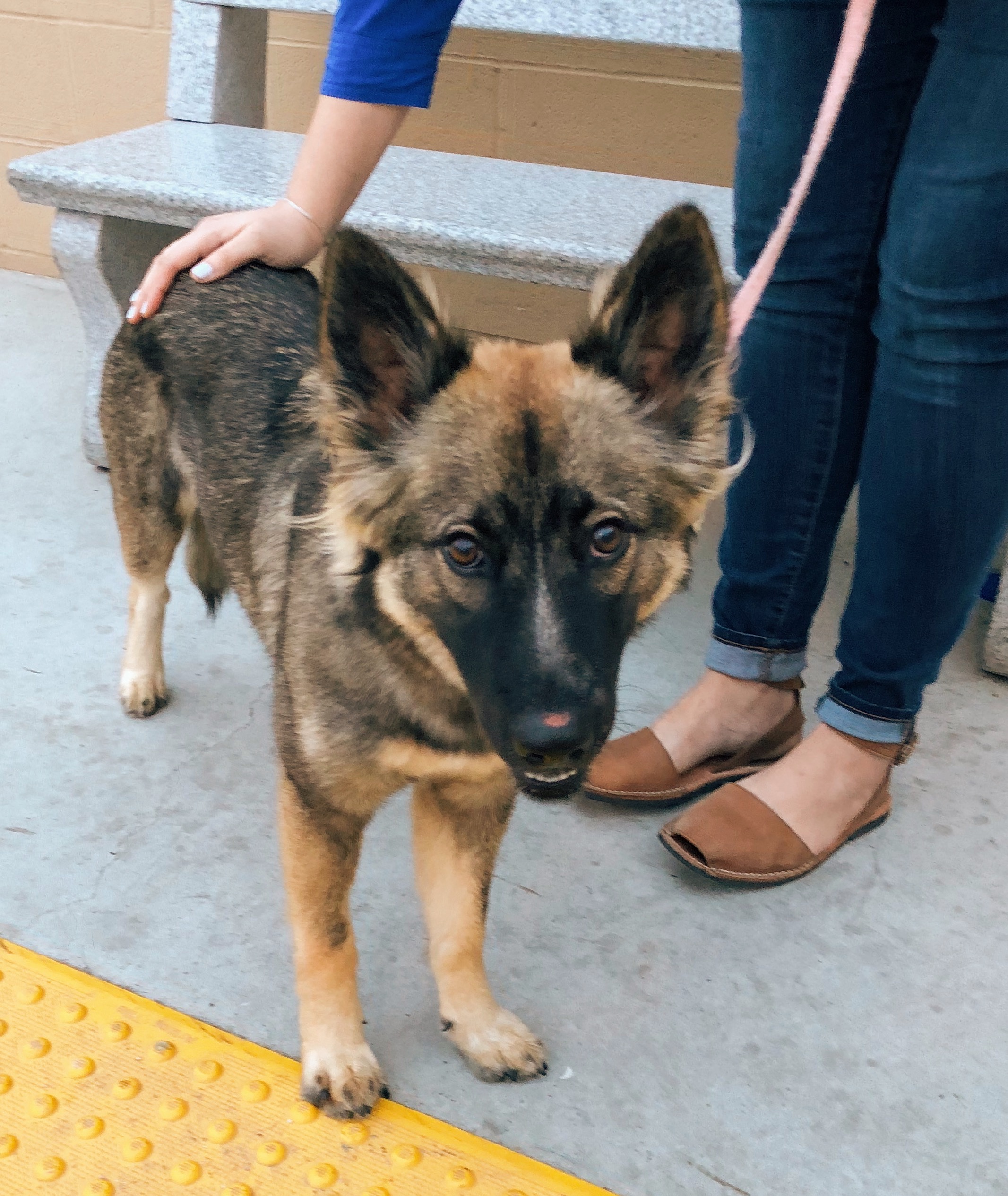 Her name is Stella because I wanted a name that was nature- or space-related, and Stella means “star” in Latin. Plus, it’s the name of both beer and wine that I enjoy, so there’s that too.

Her middle name is Maude (pronounced “mod”) for a few reasons. I loved watching Anne of Green Gables growing up, and the author of the books was named Lucy Maud Montgomery. In the series, Anne is insistent that her name be spelled with an E–“Anne with an E.” So, inspired by Lucy Maud and Anne, I gave Stella the middle name Maude. Maud is also a common name in The Netherlands, and we all know how obsessed I am with the Dutch.

She’s really great, but it hasn’t all been a magical time. Stella suffers from separation anxiety when left alone, which then gives me separation anxiety. I hate having to leave her during the day. She’s made some improvements these past few weeks, though, so my hope is that eventually she’ll get used to it and be OK with being alone. She also gets super excited when she sees other dogs (or any animal, really) while out on our walks, so I’m trying to teach her impulse control so that she doesn’t bark, lunge, or cry when she sees a creature she’d like to befriend, but that progress has been a little slower.