…and why you should too. 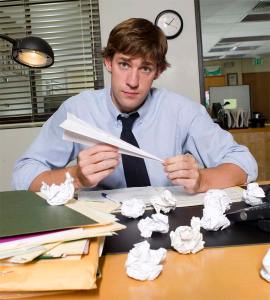 -He’s relate able.
He’s an ordinary guy. He doesn’t want to be stuck in his job even though he’s good at it. He wants to do something bigger, even though he doesn’t really know what that is yet. He’s not this unreachable macho-I’m-hot-and-the-best-at-everything kind of guy that Hollywood so often portrays.

-He’s funny.
He isn’t afraid to show his sense of humor, whether it means playing a prank on Dwight or Andy, humoring Michael with his ridiculous ideas, or making someone (and by someone, I mean Pam) feel better.

-He loved Pam even when she loved someone else.
This has to be the best reason. He was her friend first, and even though he wanted more, he waited:

“Four years ago, I was just a guy who had a crush on a girl, who had a boyfriend. And I had to do the hardest thing that I’ve ever had to do, which was just to… wait. Don’t get me wrong, I flirted with her. Pam, I can now admit in front of friends and family, that I do know how to make a photocopy. Didn’t need your help that many times. And, uh, do you remember how long it took you to teach me how to drive stick? I’ve been driving stick since high school. So, for a really long time that’s all I had; little moments with a girl who saw me as a friend. And, a lot of people told me I was crazy to wait this long for a date with a girl I work with but I think, even then I knew that… I was waiting for my wife.” 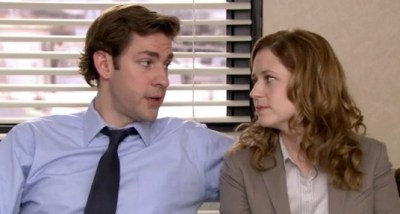 2 thoughts on “Why I Love Jim Halpert…”