When I was little, I would listen to this cassette tape called “Minnie ‘n Me: Songs: Just For Girls.” It was so great. I knew all the songs and would play the tape over and over again and sing along with Christa Larson (and occasionally, Minnie) until I drove my mom crazy. I wanted to be Minnie’s best friend. Psshh, I still do. So I guess this is how I compensated.

Disney World, December 2008 (Mickey even got in on the fun): 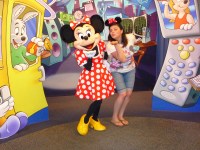 Disneyland + California Adventure, June 2009 (Minnie had some trouble at first, hence the blurriness…): 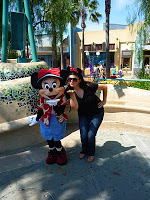 My mom and I are driving down to Anaheim tomorrow. She has training for work next week, so I’ll be basking in the magic that is Disney. I’m definitely ready to see my best friend for the first time in 2010. Haha.